Myths And Facts About Columbus Day 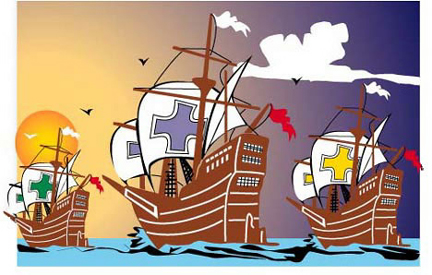 On October 12, 1492, Christopher Columbus landed on an island in the Bahamas and stepped into history as the “Man who Discovered America”. Since then, many myths have grown up around Columbus, so in honor of the day here are some facts about Columbus that you may not have learned in school.

1. Columbus set out to prove the world was round.

Actually, most people, by the time Columbus sailed for what would become America, knew the earth was round.  Ancient Greek mathematicians had already proven that the Earth was round, not flat. Pythagoras in the sixth century B.C.E. was one of the originators of the idea. Aristotle in the fourth century B.C.E. provided the physical evidence, such as the shadow of the Earth on the moon and the curvature of the Earth known by all sailors approaching land. And by the third century B.C.E., Eratosthenes determined the Earth's shape and circumference using basic geometry.

Columbus, a self-taught man, greatly underestimated the Earth's circumference. He also thought Europe was wider than it actually was and that Japan was farther from the coast of China than it really was. For these reasons, he figured he could reach Asia by going west, a concept that most of educated Europe at the time thought was daft — not because the Earth was flat, but because Columbus' math was so wrong. Columbus, in effect, got lucky by bumping into land that, of course, wasn't Asia.

The Columbus flat-earth myth perhaps originated with Washington Irving's 1828 biography of Columbus; there's no mention of this before that. His crew wasn't nervous about falling off the Earth.

Columbus never set foot on any part of the United States, in fact, he refused to believe he had discovered anything new at all.

What Columbus "discovered" was the Bahamas archipelago and then the island later named Hispaniola, now split into Haiti and the Dominican Republic. On his subsequent voyages he went farther south, to Central and South America.

So why does the United States celebrate Columbus? John Cabot (a.k.a. Giovanni Caboto) had “discovered” Newfoundland in the name of England around 1497. It was this discovery that led to the English colonization of America. Since the American Revolution was fighting England, not Spain, the American colonists chose Columbus as their hero, not Cabot. Hence, Washington, D.C.- District of Columbia, not District of Cabot.

It is often thought that Columbus governed the new lands with impunity in the name of King Ferdinand and Queen Isabella. This is not true – he was brought back to Spain to answer to accusations of cruelty. Columbus’s governance of Hispaniola could be brutal and tyrannical. Native islanders who didn’t collect enough gold could have their hands cut off, and rebel Spanish colonists were executed at the gallows. Colonists complained to the monarchy about mismanagement, and a royal commissioner dispatched to Hispaniola arrested Columbus in August 1500 and brought him back to Spain in chains. Although Columbus was stripped of his governorship and spent time in prison. However, King Ferdinand would release Columbus to make his fourth voyage to the New World. Columbus would never be allowed to govern the area again.

Columbus wasn't a rich man when he died in Spain at age 54 in 1506. But he wasn't impoverished. He was living comfortably, economically speaking, in an apartment in Valladolid, Crown of Castile, in present-day Spain, albeit in pain from severe arthritis. Because of his arrest, he was subsequently denied most of the profits of his discoveries promised to him by Ferdinand and Queen Isabella.

After his death, though, his family sued the royal crown, a famous lawsuit known as the Pleitos Colombinos, or Columbian lawsuits, lasting nearly 20 years. Columbus' heirs ultimately secured significant amounts of property and other riches from the crown. Also, most European navigators understood by the end of the 15th century, before his death, thatColumbus had discovered islandsand a large landmass unknown to them.

5. Columbus did nothing significant.

With all this talk of a hapless Columbus accidentally discovering the New World, as well as the subsequent genocide of native cultures, it is easy to understand the current backlash against Columbus and the national holiday called Columbus Day, celebrated throughout North and South America. This isn't entirely fair.

While Columbus was wrong about most things, he did help establish knowledge about trade winds, namely the lower-latitude easterlies that blow toward the Caribbean and the higher-latitude westerlies that can blow a ship back to Western Europe. Also, while Columbus wasn't the first European to reach the Western Hemisphere, he was the first European to stay. His voyages directly initiated a permanent presence of Europeans in both North and South America. 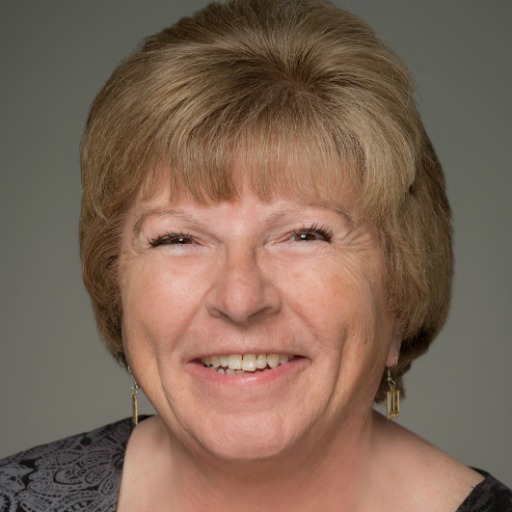 Having moved to SC from CA in 2005 I have found this was the best decision I could have ever made. I love the areas of the Grand Strand and Pee Dee and find new places to explore every day. I was a ....

HOMEBUYER'S ADVICE  Will Home Prices Keep Rising?Homebuyers are getting a lot of mixed messages this year. Interest rates are near record lows, but housing prices are still rising. So

If you're thinking about selling your home:1️⃣ STOP what you're doing 2️⃣ Follow this link to instantly calculate your home’s value in today’s market based on recent sales in The

Why This Is a Great Year to Sell Your Vacation Home

Why This Is a Great Year to Sell Your Vacation HomeAs vaccines are administered and travel resumes, many of us are beginning to plan for those long-awaited vacations we missed out on over the past

In the past 7 days REALTORS in the Grand Strand have place over 800 homes and condo's under contract. If you are looking in this fast paced market, work with REALTOR who can help you put your best