Why Those White Bradford Pear Trees Are Not So Beautiful

I can remember back about 20 years ago some of the new home buyers talking about those pretty flowering trees that adorn many long drive ways in our area and how that's what type of home they were searching for. It was as if the long driveway and flowering trees were more important than the actual house. I have to admit, those trees are impressive, for a few years, then the ice or wind will decimate one or more over the years. Little did I know the characteristics or the name of the trees at the time. They are the infamous Bradford Pear trees. They grow quickly, produce leathery leaves that are a menace to the yard and limbs growing from the trees are super soft and break off easily. Hwy 501 leading into Myrtle Beach used to be filled with them in it median until the monsters started showing their predicted characteristics. I have retracted my admiration for the "pretty white trees". I have good reason for my back stepping. The first reason is because of a house that I purchased which had 2 of these atrocities in the front yard, then there is my second reason which I found from the Greenvilleonline.com Website. This information will really make you want to eradicate those useless, destructive, pretty white flowering tree.

This dictum especially applies to that “charming” Bradford pear your dimwitted landscaper planted in the middle of your front yard. Indeed, lack of smarts is what has led to this disaster. Bradford pear is worse than kudzu, and the ill-conceived progeny of Bradford pear will be cursing our environment for decades or possibly centuries yet to come.

When Bradford pear was introduced as an ornamental in 1964 by the US Department of Agriculture, it was known then that this tree possessed the weakest branch structure in nature. Also, the tree was assumed to be sterile. Bradford pears will seldom last more than 20 years before they bust themselves apart at the seams. That’s actually the good news.

In an attempt to extend the lifespan of this despicable tree, other varieties such as Cleveland Select, etc. were introduced. These trees will live for about 25 years. That’s little consolation for the resulting disasters that happened when these other pear varieties were introduced.

After 25 years the ill effects of the steep v crotch branch structure – which all pears possess - take their inevitable course of action and cause pear limb structures to crack, split and bust. You can’t fool Mother Nature, and people who plant pears will sooner or later regret that choice. Planting pears borders on  - if not crosses the line – of negligence.

However, the fact that Bradford pear trees are short lived and dangerous is not the real reason that these trees are such a disaster. The problem is that these trees are in fact NOT sterile. No two Bradford pears will ever reproduce among themselves, but they do cross pollinate with every other pear tree out there, including the Cleveland Select pear trees that were meant to be the salvation of flowering pears everywhere. The introduction of other pear varieties has compounded the problem to the point where it is almost too late to rectify.

Because of the cross pollination problem, pear trees have now proliferated exponentially across our environment. And, to make matters worse, the evil offspring has reverted to the ancient Chinese Callery pears which form impenetrable thorny thickets that choke out the life out of pines, dogwoods, maples, redbuds, oaks, hickories, etc.

When you see those fields of white flowering trees, please don’t get giddy with excitement over pretty white flowers. What you are looking at are Callery pears destroying nature. Callery pears have 4 inch thorns. They can’t be mowed down. Those thorns will shred John Deere tractor tires. They can only be removed by steel tracked dozers, decreasing the value of agricultural or forest land to the tune of $3,000 per acre.

And, make no mistake about this. That solitary Bradford pear growing in your yard is what caused this problem. Your one tree has spawned hundreds of evil progeny. If you don’t believe that, just take a little ride, and notice all the white flowering trees blooming these days. The closer they are to “ornamental” Bradford pear trees, the thicker they are.

If you want to save the world, cut down your Bradford pear trees. I could not be more serious about this.

If you ever go visit a plant nursery and want to know if it is a good nursery or not, ask if they sell Bradford pears. All reputable nurseries are well aware of the evils of this tree, and refuse to sell them. Don’t let someone talk you into a Cleveland Select or other pear tree, all varieties of “ornamental” pear trees are equally bad.

Save the world. Eliminate Bradford pear trees. Enjoy your coffee.

I started planting River Birch, Loquat, Red Bud and Japanese Maples all which are safe in our area. I hope you enjoyed this blog. Please contact me, Beth Tindall if you have any questions or comments. 843-997-1352. BethTindallRealtor@gmail.com 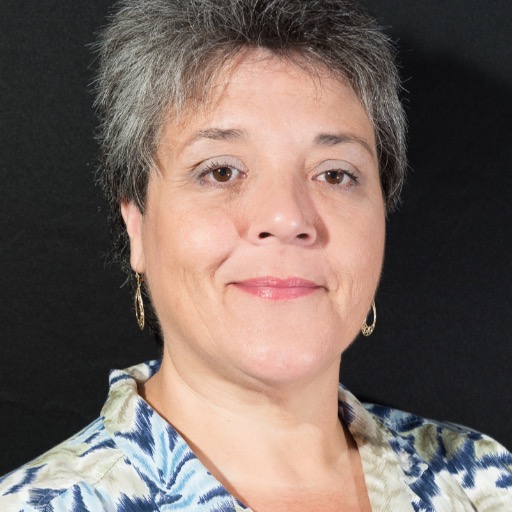 A Long Term Local to help you "Make the Move!" Beth has plenty of history with the Grand Strand Area, Her father was born in Georgetown County and he grew up in the Browns Ferry area. He joined ....

Why This Isn’t Your Typical Summer Housing Market

In real estate, it’s normal to see ebbs and flows in the market. Typically, the summer months are slower-paced than the traditionally busy spring. But this isn’t a typical summer. As the

Dreaming of a Bigger Home? Why Not Buy It This Year?

Dreaming of a Bigger Home? Why Not Buy It This Year?Are you clamoring for extra rooms or a more functional floorplan in your house? Maybe it’s time to make a move. If you’ll be able to

An Open Letter to Sellers in this Crazy Market

sharing this from an appraiser I follow as it's what I am telling sellers at this time... I encourage you to follow him too you can do that at then end of the post!Dear Sellers,How are things? I